Gatehouse School > About Us > School History

Much has been written about the foundation of Gatehouse School and the sterling work of Phyllis Wallbank. Much less is known about the splendidly quirky building which we have inhabited for more than forty years and whose foundation was laid in 1899. Have you ever looked at the Foundation Stone which may be found on the front wall in Sewardstone Road and on the inside of the Hall wall?

It all began with the efforts of a remarkable man, the then vicar, John Edwin Watts-Ditchfield, who eventually became the first Bishop of Chelmsford. His efforts are recorded in his biography, written by Ellis N Gowing in 1926. The extracts included in the gallery below explain the origins of our building.

The Foundation Stone was laid on Saturday, July 29th, 1899 and a service was held in St James the Less, and, indeed, you will see this inscription on the stone outside and may be intrigued by the spelling when you see it.

Only two years later, on the 29th June, 1901 the new building was opened with another service in these new Parochial Buildings and in the Church Grounds. The quotation is of interest: this refers to Nehemiah and the completion of the walls of Jerusalem:

“In 445 BC Nehemiah, a cupbearer to King Artaxerxe I, hears that the people in Jerusalem are in great distress and reproach, and the city wallis still broken down, and thus he prays for several months that God might move the King’s heart and allow him to go and to rebuild Jerusalem’s wall. Finally, the Lord prepared the King’s heart to hear his request, and the King allowed him to return.  The King gave Nehemiah all that he needed to successfully complete the job.”

This new venture served, as one contemporary newspaper related, a “Parish of 10,000 souls living in 30 dreary streets” – no high rise accommodation in those days; the Parish of St James the Less now numbers 5,000.

The enterprise was not without its trials and tribulations: by the 1920s the innovative electric lighting had been condemned by Bethnal Council and His Majesty’s Schools Inspectorate had made some unkind judgements.

Sadly, disaster struck in 1944. St James the Less was destroyed and the Parochial Buildings suffered severe damage.  November 1948; there is no roof and it is open to the elements. Photographed at the same time was the “Large Gymnasium” which, like many other fine rooms, no longer exists. I think this room and the Billiard Room were on the top floor of the block adjacent to our entrance: it looks as if this whole floor, with its impressive vaulted pitched roof, was removed as was the floor below. It was probably prohibitively expensive to restore in the 1950s. These two storeys were replaced with a lower single storey to provide, originally, a caretaker’s apartment which now houses our music practice rooms.

In This Section
Arrange a Visit 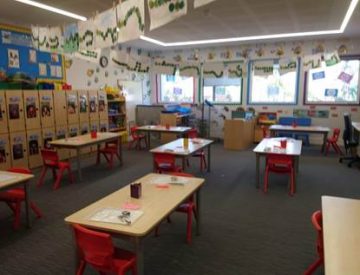 Phase One and Two Opening 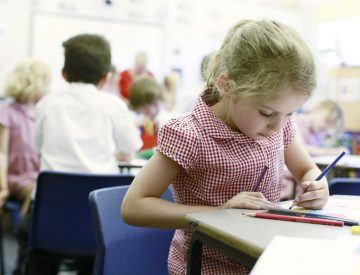